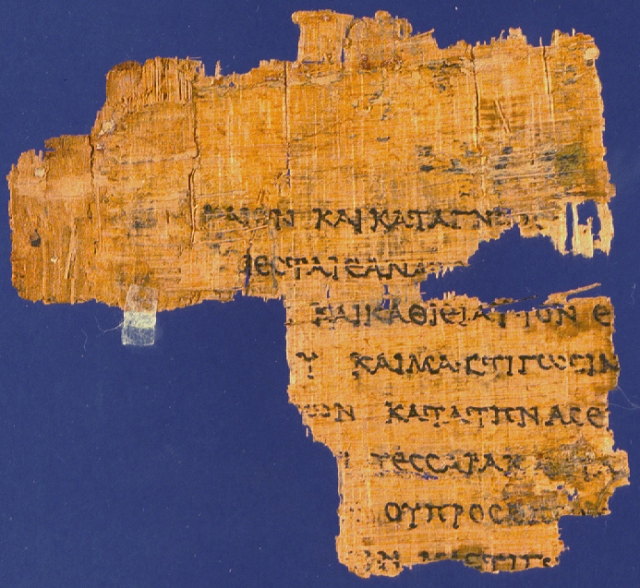 Lord willing, I’m preaching tomorrow on, from, and through Psalm 19.  As I’ve been studying this Psalm I noticed that the verse numbering in some of the commentaries differs from the verse numbering in my English Bible.  Specifically, my English Bible, and I suspect, most English Bibles, do not start numbering with the Psalm’s superscription (To the choirmaster.  A Psalm of David.), while apparently other versions do start verse numbering with the superscription, treating it as verse 1.  This can get a little confusing in the commentaries since you have to determine which verse they are discussing at any given time.

This started me wondering how the Hebrew Bible and the Septuagint handle the verse numbering, so I pulled them off the shelf to see for myself.  Lo and behold, both of those start the verse numbering with the superscription.  Hmm.  This led me to wondering more about the Septuagint so I read through parts of the article about the Septuagint in my copy of the International Standard Bible Encyclopedia, and it really is an interesting history.  There are a few theories on its origin, but the general consensus seems to be that seventy-two (or seventy?) Jewish elders (scholars?) translated the Hebrew Scriptures (our Old Testament) into Greek in the third or possibly the second century B.C.  The name Septuagint comes from the Latin title: Interpretatio secundum Septuaginta seniores, which means “The Interpretation according to the Seventy Elders.”

Translating the Hebrew Scriptures into Greek opened God’s special revelation (see Psalm 19:7-11) to much of the civilized world at that time, since Greek was the universal trade language thanks to Alexander the Great.  More than that, the human authors of what we call the New Testament primarily used the Septuagint and not the Hebrew Scriptures when they quoted from the Old Testament in their writings, which is why in our English Bibles there is sometimes a different rendering between the quoted OT text as found in its NT placement, and the same text in its OT placement.  For an example, compare Hebrews 12:5, 6 with Proverbs 3:11, 12.

The image at the top of this post is a photograph of a fragment of a very early copy of the Septuagint (second century?), and is part of Deuteronomy 25:1-3.  The fragment is known as Rylands Greek Papyrus 458 and is presently located in the John Rylands University Library, Manchester, as far as I know.

Nothing really profound, just some interesting facts.  Call it “the overflow of study which probably won’t make it into tomorrow’s sermon.”