I’ve finally decided to finish reading One Thing: Developing a Passion for the Beauty of God  by Sam Storms.  It’s been sitting on my shelf since 2004.  I read several chapters this afternoon, one of which, “Galactic Grandeur,” blew me away with the awesomeness of God as Storms described the universe from the point-of-view of an astronomer.  Listening to him describe all the varieties of stars, galaxies, nebulae, super-novas, etc., and how BIG they are, and how many of them there are, and the fact that we (humans) still haven’t seen the extent of the universe even with the Hubble telescope, left me in utter AWE of God and how much bigger he is than this universe he created and is sustaining every moment.

In the next chapter, “Microscopic Majesty,” Storms briefly points back to the content of the previous chapter and writes this,

We can wake up each day confident that we will not freeze to death because in the sun, that we so easily take for granted, hundreds of billion billion billion billion (that’s 10 with 38 zeros) fusion reactions take place every second.  More than 400,000,000 tons of hydrogen are being converted into helium every second in the heart of the sun.  And this is only one sun among billions of trillions of others, all of which are a constant inferno of chemical and nuclear reactions, all of which are the product of the power and sustaining energy of Jesus who sits enthroned at the right hand of God.

The apostle Paul said it like this in Romans 11:36, “For from him and through him and to him are all things.  To him be glory forever.  Amen.” 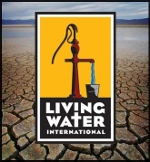